These gluten free waffles are easy to make, wholesome and oh-so-delicious. Whip up an extra batch to freeze for busy weekday mornings! 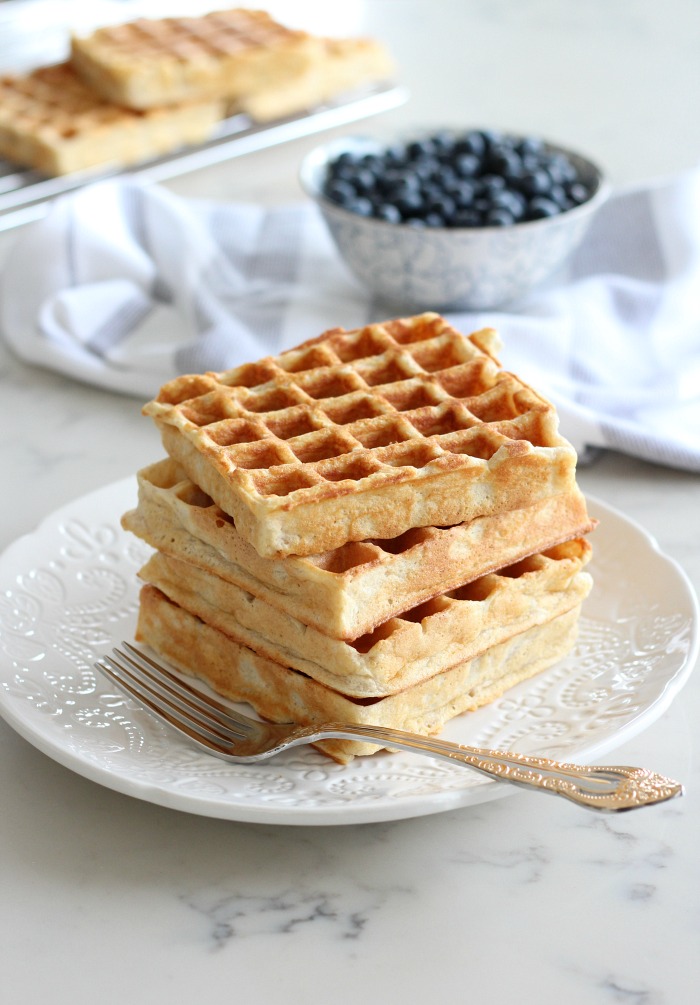 A bit ago, I shared my favourite classic waffle recipe I’ve been making since we got married almost 23 years ago. About a month ago, I chose to give them up (maybe for good).

As mentioned in my last post, I’ve been dealing with health issues since the beginning of March. It’s been a tough road, but I’m trying my best to maintain a positive perspective. So far, we’ve been able to rule out anything too serious. But, until we get to the bottom of what’s causing my symptoms, I’ve decided to modify my lifestyle for the better. One of those changes is eating gluten free.

Instead of dropping waffles completely from my diet, I decided to play around with some gluten free recipes. Of course, they had to be on the nutritious side and absolutely delicious, or why bother?! Keeping that in mind, I started with my original recipe and made a few tweaks until I got it just right. Guess what? We like this new version even better!

If you tried my original waffle recipe, this one follows the same steps including folding in beaten egg whites to make them fluffy. However, instead of wheat flour, I substituted Pamela’s Gluten Free Baking & Pancake Mix. I also changed up a few measurements slightly, so be sure to follow the new recipe closely for best results. 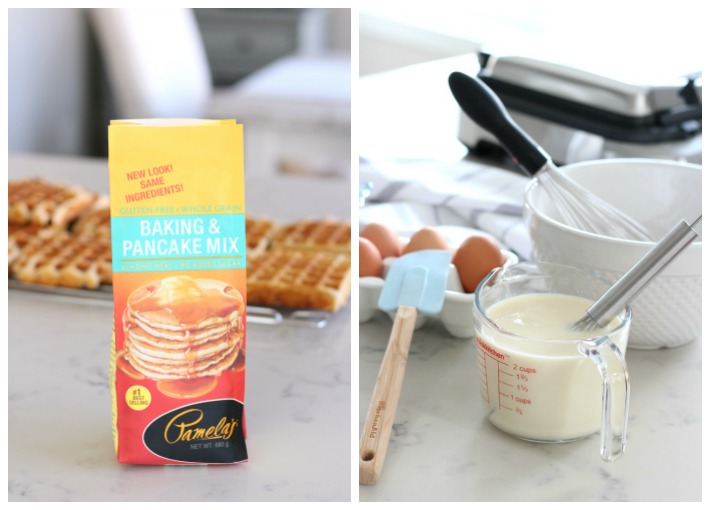 Note: Look for Pamela’s Baking & Pancake Mix in the health food aisle of your grocery store or order from Amazon. This post is not sponsored but does include affiliate links for your convenience.

Since Pamela’s mix includes almond flour, there’s a slight nuttiness to these waffles- so good!

I also find that I only need to eat one waffle instead of my usual two. Yes, they’re super filling but not like some gluten free breads that are heavy and tasteless. These are crispy on the outside along with that fluffy inside we all look for in a waffle with a bit of texture.

Go ahead and add your usual toppings if you like. A tiny bit of butter and maple syrup are perfect complements (and maybe some fruit). Plain Jane works too.

As with my original recipe, I suggest whipping up an extra batch of waffles to pop in the freezer for busy weekday mornings. Cool completely, then store in an airtight container with a bit of parchment or waxed paper between the layers.

To reheat, simply pop in the toaster and/or microwave. Super easy breakfast option for on-the-go. (My son may have a slight addiction to these waffles. Can’t blame him though!)

Looking for a new waffle maker? I adore my Breville 4-slice waffle maker. Check out more of its incredible features in this post. Perfect for making any type of waffle, including this Pamela’s waffle recipe.

These gluten free waffles are easy to make, nutritious and oh-so-delicious. Whip up an extra batch to freeze for busy weekday mornings!

Be sure to pin this gluten free waffle recipe for later! 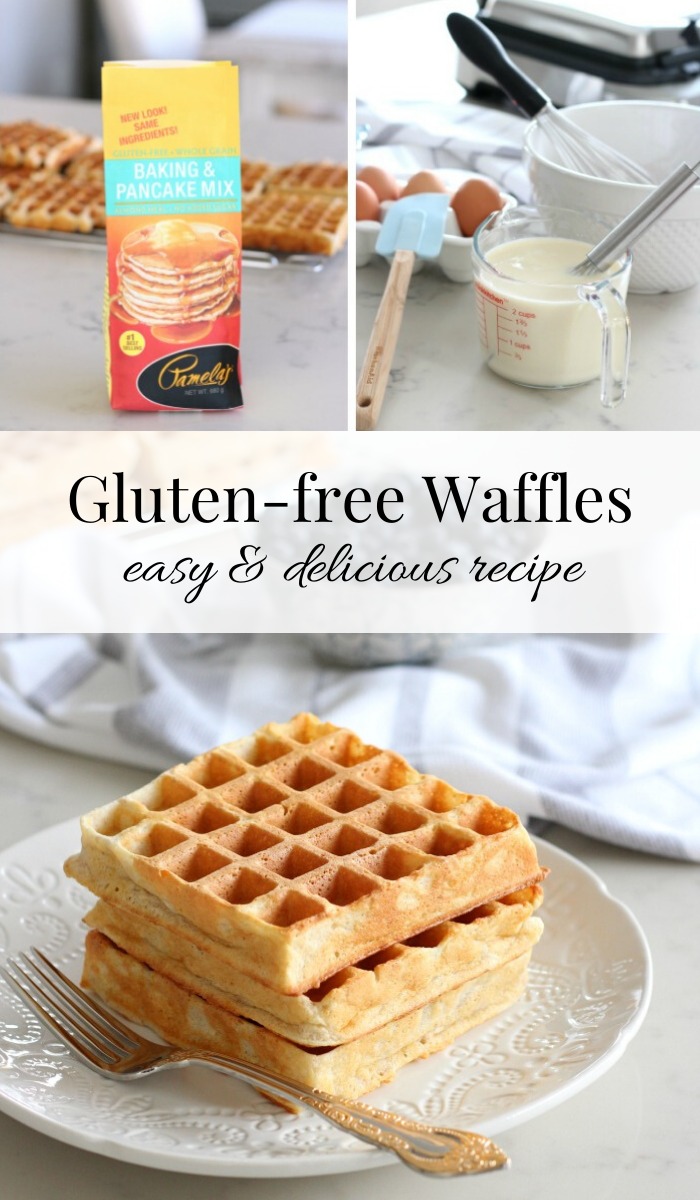 Wishing you a great day!

I’m so glad you stopped by! I’m Shauna, design and decorating enthusiast, DIYer, vintage collector, gardener, and lover of fresh, healthy food. Most importantly, I’m a very proud mom to a university-aged “kid” and wife to my biggest supporter and best friend for over 20 years... Read More