Think the life of a decorator is always glamorous? I’m sharing what a typical work week looks like. You be the judge!

I’ve been busy working on several design and decorating projects over the past few months, and thought it would be fun to give you a behind the scenes look at what my day-to-day is like within my business. I’m one of a small percentage of people who truly loves what she does, but I’m certain in saying it isn’t always the glamorous job so many people make it out to be. 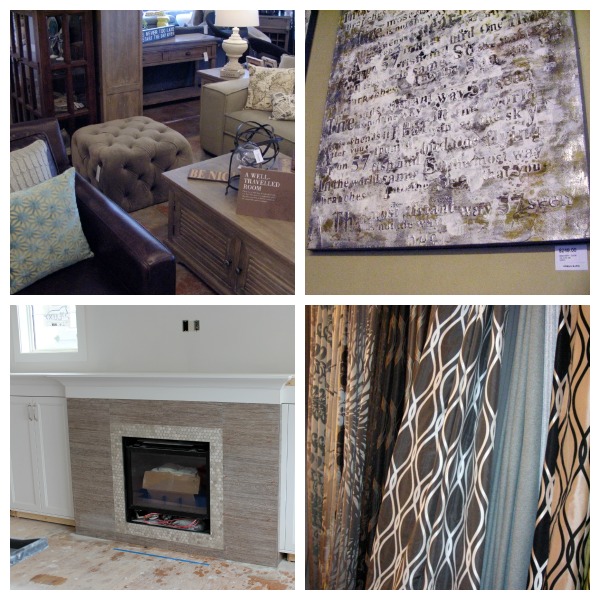 Sure, I get access to some of the most beautiful fabrics, wallpapers, decor and furniture pieces in the industry. I also get to be creative, set my own schedule, and shop with other people’s money. But, there are also those late night emails or calls from clients questioning the height of a newly installed light fixture or the darkness of a paint colour. There are those times when I need to drop everything in my day to take a look at a custom made sofa that has shown up with a major flaw in the fabric after a client has waited several months to get it. Those, indeed, are the glamorous days in the life of a decorator…

The number of projects I have going on at any one time depends on the scope of the work, as well as the time frame. Some projects last over a year, whereas others wrap up in as little as one afternoon. Currently, I’m working on three long term projects and two short term projects. My schedule is a bit fuller than I’d like, but two projects are scheduled to wrap up this week.

The morning started out with returning emails from potential clients, followed by confirming appointments with current clients for the week. Most often this requires a series of back and forth emails until all questions are answered and everything is set (until I get at call changing things up again). Next, I ordered replacement paint swatches from Benjamin Moore (I always leave my larger swatches with clients).

In the afternoon, I drove 25 minutes to pick up the photography I had dropped off at the framer’s the week before and sourced table options on the way home at 3 different locations. Unfortunately, only one was a contender, so it will require a bit more running around. 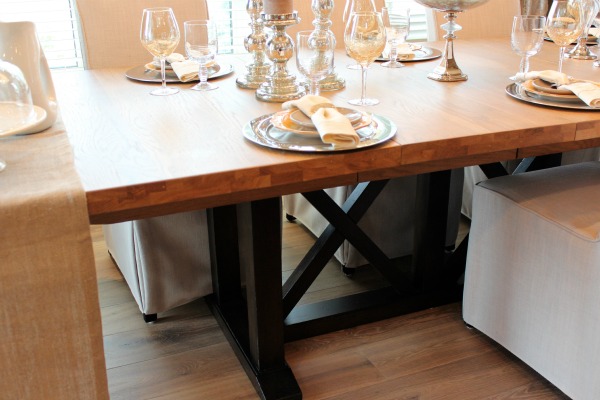 My day started with an email from a client who is the contact person for a condo building lobby project. Unfortunately, the carpet tiles we selected were installed incorrectly and needed to be changed out. As well, she had made the decision on her own to relocate the position of the main light fixture I had dropped off previously (photo below). In addition, the electrician was going to install 3 other light fixtures he thought would work in the lobby that neither of us had seen (yikes)! After following up, I updated the spreadsheet for the budget to see where we were at, went over the remaining pieces for the project, and set a time to meet later in the week.

In the afternoon, I drove 20 minutes into the country (going as little as 20 km/hour across a newly oiled road) to meet with a new client for a design consultation. 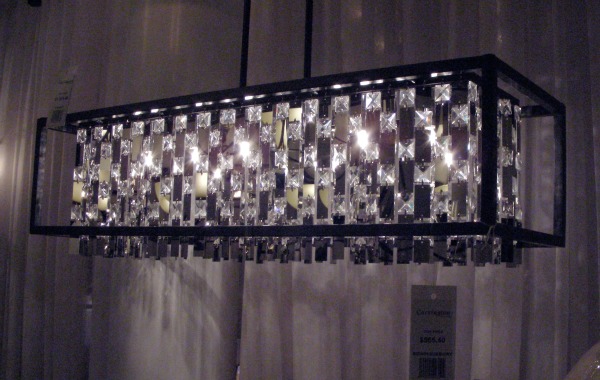 As part of Tuesday’s design consultation, I sent a follow-up email outlining what we had discussed. Next, I discussed art options with my condo lobby client. Later that morning, another client returned my call and we finalized the style of window treatments for her new home. For the next hour, I sourced and ordered fabric samples online.

Later that day, I drove 25 minutes to HomeSense to hopefully find a large art canvas that worked in the condo lobby. I lucked out and found just the right size and colour (and lugged the oversized piece to my vehicle as the wind tried to take it away).  Next, I stopped at Pottery Barn to look at shelving and picture frames, and finally met with my condo client (and actually found parking) to drop off the photography and art canvas, check out the newly installed light fixtures (they looked okay), and discuss what the options were regarding the damaged carpet tiles. 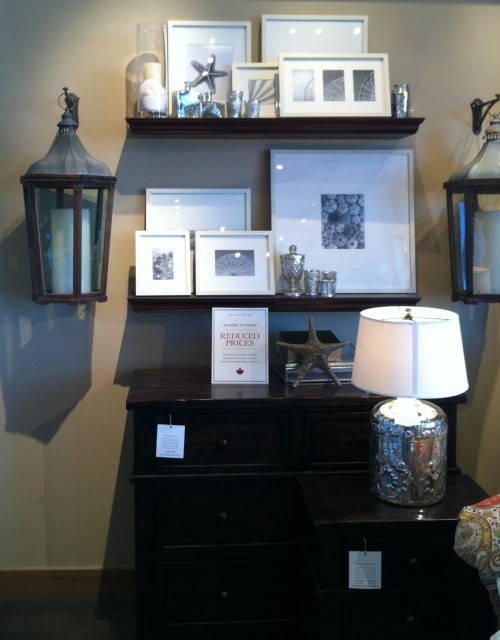 Thursday morning I took a trip to the flooring supplier to discuss the condo lobby project. We came up with a plan A and B (and hopefully we won’t need a C). I returned to my office and followed up with my condo client on the carpet issue.

For the remainder of the day, I worked on an E-design for a basement family room. 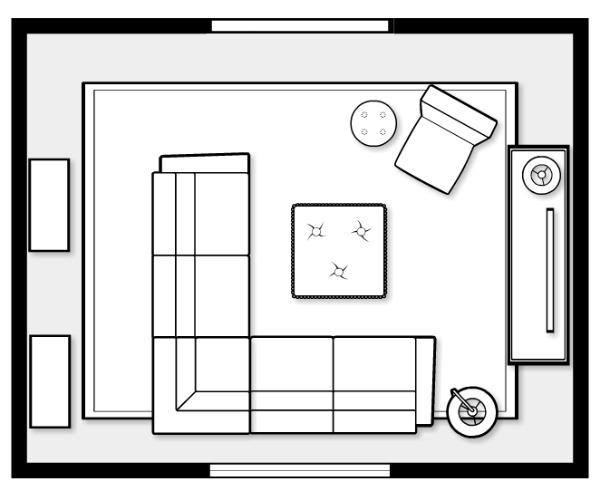 The morning started with completing the E-design and preparing it to send off to my client. Later that day, I got an email from my condo client saying the installer thought the large art canvas blended too much into the wall (now the installer is a designer), and that she had to think about it.

In the afternoon, I drove 20 minutes to check out an ottoman for a client’s family room, as well as coffee table options for their living room. 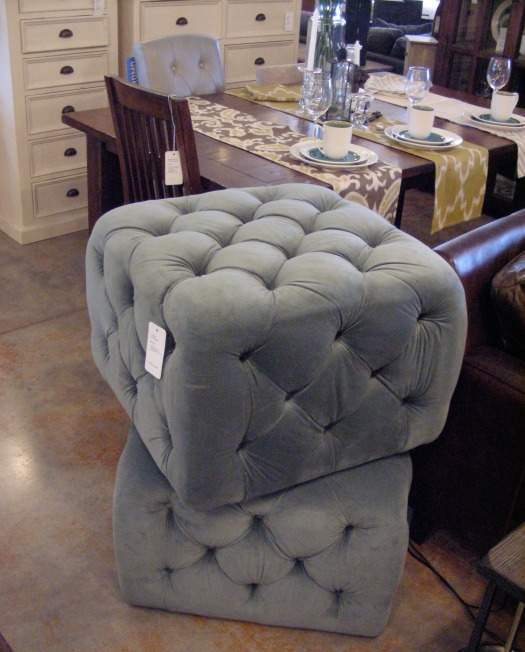 Although every week is a bit different for me, I can pretty much expect there’s going to be somewhat of a hiccup (big or small). Last week it was the glue showing through the carpet tiles installed in the condo lobby. I also had to reassure the same client that the art canvas would make sense once the accent chair and all of the other elements were in place. (I’m keeping my fingers crossed or I’ll be loading it back up and returning it to the store where I hope not to stand in line for too long)!

When I first started my business five years ago, I really took these problems to heart. Since then, I’ve learned they’re just part of the industry, and I try my best to plan ahead and avoid them as much as possible.

So why am I telling you all this? I believe the value in hiring a designer or decorator goes well beyond his/her creative talent. A good one is often willing to roll up his/her sleeves to tackle those less-than-glamorous parts of the job. Perhaps it will require late evening visits to make sure the lighting fixtures are on site to be installed early the next morning, or presenting dozens of fabrics until just the right one is found. As a result, countless unpaid hours are often spent behind the scenes on any given project (the parts they don’t show you on HGTV).

All in all, I do love what I do and have wonderful clients. Glamorous life? Sometimes. But, more often than not, the life of a decorator is like any career that has its great days and those “I’d-rather-be-somewhere-else days.” It’s just something to keep in mind.